The Airbnb Management Company in

Safely and profitably turn your property into a successful Airbnb with our help.

Get a Free Quotation
Or Email Us »

Receive a personalised proposal based on your specific needs.

Get Your Custom Proposal »

Get your questions answered by a professional.

Ask Us Any Question »

Tell us about your property to uncover approximate earnings.

See How Much You Can Earn »

Book a 15 minute consultation with a member of our team.

Email team@activeproperties.co with your needs.

Send Us An Email »

Make money from your property while you’re away via check, bank transfer, or western union in your country of residence or abroad.

Proper maintenance keeps your property in a 5-star hotel-like condition.

Reclaim your property at any time within 3 months if you decide to sell it.

We actively & professionally manage everything hassle-free while you’re away.

Convenient usage of your property anytime you or your family are visiting.

Peace-of-mind knowing that your furniture or belongings are safe and insured up to $1M.

In addition to being able to reach us at any time, you also receive from us a monthly email report containing all the details you want to know.

We update listings frequently as the condition of the property changes and as new requirements and opportunities arise on different booking channel.

We process claims up for up to $1,000,000 in coverage for any damage to the property or its contents by a guest underwritten by Lloyd’s of London, and Zurich Insurance plc.

To be booked, your property first needs to be found. That’s why we give your property maximum visibility by fine-tuning up-to 60 various factors based on the latest research and setting your property up to take advantage of complimentary advertising.

- Are you a property owner looking to take part in the Airbnb opportunity? Access our 2020 report about Lebanon.

- Discover the short-term rental trends in Lebanon and how they affect your property's potential.

- Find out what daily rate your property can earn and what competition to expect.

Thank you! Your submission has been received!
Oops! Something went wrong while submitting the form.

Airbnb in Lebanon is a booming trend with many tourists choosing to stay at an Airbnb specially when coming as a group or for those wanting to stay in trending neighbourhoods.

As expected, Beirut commands the biggest attention when it comes to demand with neighbourhoods such as Gemmayze, Mar Mikhael, Ashrafieh, Hamra, Verdun, Beirut Central District (Solidere), and Ras Beirut.

Beirut Suburbs also see some demand specially by second time visitors and mid-term stays and this specially applies to the northern suburbs.

Lebanese expats, residents, and longer-term travellers (staying for 7 days or more) constitute most of the demand for mountain chalets and houses in areas like Faraya, Broummana, Faqra, Deir El Qamar, with those destinations tending to be more seasonal than their Beirut counterparts.

In the last few years, properties listed on Airbnb have surged as owners discovered the potential to make increased earnings from their vacant properties or their spare rooms especially with the opening up of multiple new airline routes from air carriers such as Transavia, Ryanair, Germania, and so on.

In more recent months, the current protests and economic upheaval have put a dent in the demand for short-term rentals due to a decrease in incoming tourists. Hotels for example have seen more than 50% cancellations in their bookings. However based on similar events in other countries such as Greece for example, it is expected that in the following months the demand will surge again as the lower prices drive increased traveller numbers.

Is it Safe to Have Guests Stay in My Property?

How Much Can I Stand to Make from My Airbnb Property?

Is Airbnb Legal in Lebanon?

Is My Property in Lebanon Suitable for Airbnb or Short-Term Rentals? 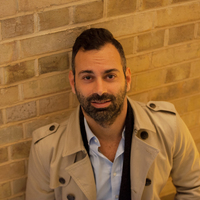 David started his short-term rental activities in 2009 in San Francisco, since then he's been managing properties globally with Active Properties.

What Our Guests Say

The house is a true gem in the heart of the city. If you're looking for youthful night life and all hip restaurants just steps away from your bedroom, then I don't think you could do much better. All in all, a wonderful experience and I intend to stay here in the future!

The flat was perfect. Exactly as it looks in the listing - extremely clean and stylish. The hosts were great at communicating; they provided us with very thorough instructions before we arrived along with a full guide and was highly responsive to any queries we had during the stay. We wouldn’t hesitate to book again next time we are back in town.

Terrific apartment, in a terrific area of the city. The hosts were communicative and helpful. I would thoroughly recommend the apartment for anyone visiting.

The hosting was excellent! They provided a thorough guide for the house and lots of great recommendations before we began our stay. The place is stylish, clean, and had everything we needed. We greatly enjoyed our stay! Highly recommended!

We were offered a wonderful apartment that was clean, stylish, and the ideal location to explore the city. Our host gave us clear instructions and was very accommodating! I can’t recommend them, their apartment, and the location enough. Thanks!

Absolutely exceptional experience! First of all the apartment is impeccable, so are the space, the location, and the decor! It was my family’s first time in town, and we couldn’t have imagined a better experience. The host was one of the best hosts I’ve had all my years on Airbnb. We will definitely be back!

Günay A
New York, NY
December 3, 2019
More Testimonials »
Get a Free Proposal For Your Property!
Answer a 3-minute questionnaire to receive a custom proposal from our team.
Get a Free Quotation
Know a property owner?
Earn Your Referral Fee »

With Active Properties™ turn your property anywhere in the world into a safe and profitable Airbnb short-term rental. Manage your earnings with your owner app, discuss with your account managers, and put your property in the hands of the best trained local property managers in the market. Learn more or speak with our team to receive a free proposal in 24h.